March 25, 2020October 12, 2020
‘People are unsure, people are scared, this is a whole new time, so we have to have some clear messaging from our government letting our people know of what they need to do,’ said CUPW national president Jan Simpson. 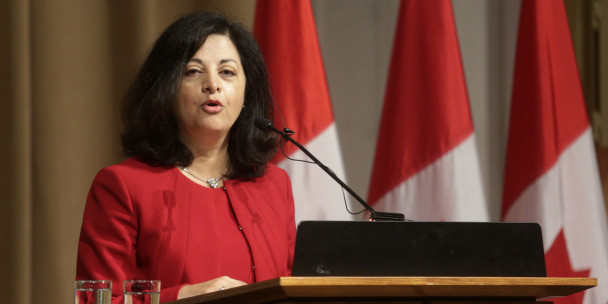 Nancy Chahwan, Chief Human Resources Officer with the Treasury Board Secretariat, issued a message to all deputy ministers and heads of human resources on March 21 defining a ‘critical service’ as one that ‘if disrupted, would result in a high or very high degree of injury to the health, safety, security or economic well-being of Canadians, or to the effective functioning of the Government of Canada.’ The Hill Times photograph by Andrew Meade​

The federal government has offered up some clarity to departments and public service unions after confusion over what constitutes “critical” versus “essential” work arose following an initial directive to all public service departments to allow staff to work from home where possible.

On March 13, President of the Treasury Board Jean-Yves Duclos (Québec, Que.) issued a directive from the government asking deputy heads, heads of agencies and HR heads to make arrangements to allow telework for employees whenever possible.

But, with “essential” and “critical” being used interchangeably by media and government in discussions around new workplace arrangements as a result of COVID-19, it left some managers and union heads confused on how to proceed.

In turn, on March 21, Nancy Chahwan, the federal government’s chief human resources officer, issued a new message to all deputy ministers and heads of human resources, defining “critical service” as one that “if disrupted, would result in a high or very high degree of injury to the health, safety, security or economic well-being of Canadians, or to the effective functioning of the Government of Canada.”

It also notes that “a number of departments have also activated their Business Continuity Plans (BCPs) in response to the evolving situation” and that “all departments are required to identify their respective critical services and related supporting resources.”

“Given the nature of the crisis, your existing list of critical services may not be up to date,” according to Ms. Chahwan. “If you have not done so already, I invite you to revise it accordingly and to identify redundancy for the highest demand jobs, to account for possible absences or to prevent burnout of staff should the situation persist.”

PSAC national president Chris Aylward, who’s union requested clarification on the distinctions on March 18, said he was “quite confident” that it will definitely help clarify who should be working, calling the definition recently provided by the government “comprehensive.”

‘Yes, there’s still some confusion out there, but it’s been a week, and I think everybody realizes this is going to last a little bit longer than what people initially thought,’ said PSAC national president Chris Aylward. The Hill Times photograph by Andrew Meade

“When I received that on Saturday [March 21] from the chief human resources officer, I thought it was great,” said Mr. Aylward.

“Hopefully it does clear up a lot of the confusion out there,” he said, noting for example that, if you’re an administration clerk in an office and you’re being told you have to work, “that’s going to be a far stretch from that definition.”

Mr. Aylward said the Treasury Board has been very receptive and responsive to the issues that all of the bargaining agents have raised, and that they’ve been having daily conference calls with Treasury Board officials all last week and every day this week to discuss issues.

“I can’t say enough about Sandra Hassan, [assistant deputy minister for compensation and labour relations with the Treasury Board],” said Mr. Aylward. “She’s been absolutely outstanding and she’s addressed many of the issues that have been brought forward by the bargaining agents with the individual agencies and departments, which is absolutely fantastic.”

“Yes, there’s still some confusion out there, but it’s been a week, and I think everybody realizes this is going to last a little bit longer than what people initially thought,” said Mr. Aylward.

The Association of Canadian Financial Officers, which posted Ms. Chahwan’s letter to its website on March 21, declined to comment for this story.

The Professional Institute of the Public Service of Canada (PIPSC), which also requested a clear definition of “critical work” from the Treasury Board on March 18, also declined to comment, telling The Hill Times it preferred to first get reaction from its members on the definition of critical services and potential impacts.

The Hill Times also reached out to Ms. Chahwan for comment and was redirected to the Treasury Board’s communications department, which did not respond by publication deadline.

‘We want to ensure the health and safety of our members,’ says postal worker union president

Jan Simpson, national president of the Canadian Union of Postal Workers, told The Hill Times that her union has been working closely with Canada Post, and that right now, they consider themselves a vital service.

“Our members represent a very valuable part of the public,” said Ms. Simpson.

“We want to continue doing the work that we’re doing currently, but we also want to ensure the health and safety of our members,” she said, noting her union is asking for masks, sanitizers, wipes, plexiglass to go up at retail counters, and social distancing measures within the workplace. 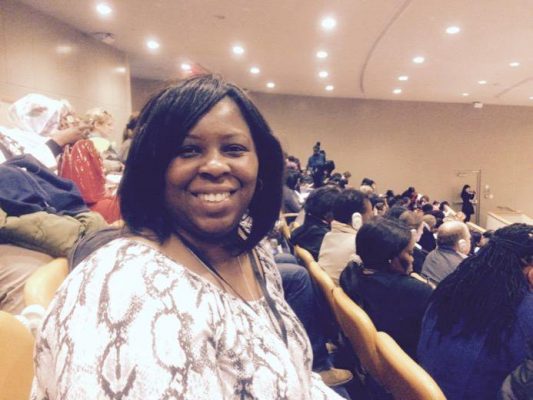 Jan Simpson, national president of the Canadian Union of Postal Workers says ‘people are unsure, people are scared, this is a whole new time,’ and is calling for clear messaging from the government as to requirements and uniform guidelines around processes. Photograph courtesy of Twitter

Ms. Simpson said postal workers are unable to work remotely, and are trying their best to ensure they are safe while doing their work.

“I think the government has to have a plan federally, because they are doing this provincially, patchwork, right now,” said Ms. Simpson. “Unfortunately our members—and even though Prime Minister Justin Trudeau and Finance Minister Bill Morneau are praising us—our members are still without a contract currently and they’re still doing the work they need to do on the front-lines for all Canadians.”

“People are unsure, people are scared, this is a whole new time, so we have to have some clear messaging from our government letting our people know of what they need to do, what the requirements are, and talk to the different ministers in the different provinces and set in place uniform guidelines around processes in regards to being safe, around self-isolation and who needs to come to work.”

In a March 23 press release, Canada Post announced it is reducing hours of service—opening one hour later and closing one hour earlier—to clean, restock, and provide relief to employees. It will also offer priority service to individuals who are at higher risk, including the elderly and those with compromised immune systems. It has also asked waiting customers to space themselves two metres apart and will limit the number of customers allowed in smaller offices at one time.

The Hill Times reached out to former clerk of the Privy Council Office, Mel Cappe, who was head of the public service from 1999 until 2002 and deputy secretary to the Treasury Board Secretariat in the early 1990s, for some insight into public service emergency preparations.

Mr. Cappe highlighted government planning around Y2K leading up to New Year’s Day in 2000, and said one of the “really, really valuable” things they built on then from the 1998 ice storm were the departmental business continuity plans. 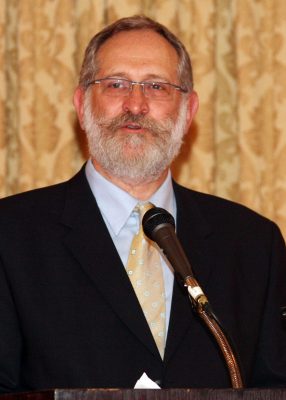 “We had something called COG—the Continuity of Government Plan, and this was a plan of what we would do if lost electricity and heating in January [1998] in North America—not a small threat,” said Mr. Cappe. “We knew where all the ministers were on midnight of that night and the next day, and we told some ministers they couldn’t go back to their constituencies and they had to stay in the Ottawa area—the same with deputy ministers—and lots of holidays got postponed or cancelled waiting until we got over the hump.”

Mr. Cappe said the COG plan was “very elaborate” and was “literally a binder about two inches thick as to who was going to do what,” and led to the installation of a diesel generator in the basement of the Prime Minister’s Office and a diesel tank on the roof in preparation.

“A lot of the operational plans, like who’s going to do what and how to stay in touch, and a lot of those things, even though they are 20 years old, still apply,” said Mr. Cappe.

“You plan because you hope you never use it, but you’ve got it just in case, so when something less significant happens, you take advantage, and people know who to call,” he said.