‘I need your help:’ Qualtrough pleads for cabinet co-operation to boost Phoenix fix

‘I need your help:’ Qualtrough pleads for cabinet co-operation to boost Phoenix fix

As the three-year pay system anniversary looms, only about one-third of HR data comes in on time, says the PSPC head in a letter to her ministerial colleagues.

Public Services and Procurement Minister Carla Qualtrough reiterated that stabilizing the Phoenix pay system is her top priority in a letter to cabinet colleagues dated Dec. 20. The Hill Times photograph by Andrew Meade
(3 of 3 left)

The fact that Public Services and Procurement Minister Carla Qualtrough is only now telling her colleagues to step up their game when it comes to the accuracy and timeliness of human resources data getting put into the Phoenix pay system has both opposition MPs and the head of the largest federal public sector union questioning the Liberals’ commitment to fixing the three-year pay system nightmare.

In a Dec. 20 letter, which was obtained by The Hill Times through access to information, Ms. Qualtrough (Delta, B.C.) gives her fellow ministers an update on the efforts to stabilize the Phoenix pay system, and says that in order to make sure that paycheques are accurate, the human resources data entered into the pay system must be accurate and timely, so as not to cause retroactive payments.

“Some factors that influence the speed at which we can stabilize pay are beyond Public Services and Procurement Canada’s mandate, and this is where I need your help,” writes Ms. Qualtrough. “Pay starts with a human resources action that sends information to the pay system in your department. The timeliness and accuracy of that information have a significant impact on pay for employees.”

The Phoenix project happened in two parts: first, off-the-shelf payroll software was configured to the government’s 32 human resources systems; second, it centralized the pay staff from 46 departments to the Public Service Pay Centre in Miramichi, N.B., while 55 other departments kept their advisers in-house.

Only about 30 per cent of the human resources transactions for employees serviced by the Public Service Pay Centre were put into the Phoenix pay system before they were expected to take effect and pay was supposed to go into the person’s account, which Ms. Qualtrough’s letter calls their “effective date,” while another 37 per cent were inputted within a month after they were supposed to take effect.

PSAC national president Chris Aylward says the government has known for years that timely input into Phoenix is critical. The Hill Times photograph by Andrew Meade

Almost one-fifth of the data, 17 per cent, was received three months or more after its effective date.

“We can do better,” Ms. Qualtrough wrote. “I ask that you support changes in your organization…in particular, reducing transactions over 90 days old. We will support you in this.”

The system has caused tens of thousands of public servants to be underpaid, overpaid, or not paid at all. It has cost the government more than $1.2-billion to fix. It was supposed to save $70-million annually.

NDP MP Daniel Blaikie (Elmwood–Transcona, Man.), his party’s Public Services and Procurement critic, said he was surprised by the letter, given entering accurate data into the system on time seems like “basic housekeeping.”

“[Phoenix] has been the focus of a lot of attention,” he said. “It’s surprising to me that government is still at the point where they feel the need to be telling departments that they need to pass on their HR information in a timely way in order to ensure that people are paid properly.”

He added: “That seems like a pretty basic step.”

“It’s been clear for years that timely entering of data is critical because of Phoenix’s limitations in processing any pay information entered late,” he said in an emailed statement. “Even if the Phoenix software can’t be replaced from one day to the next, the government should have at least fixed its internal processes by now to avoid creating more financial hardship.”

“All departmental and agency leaders have a responsibility for creating conditions that will minimize the pay problems posed by the Phoenix platform until it is replaced,” he added.

Ms. Qualtrough’s office didn’t respond to questions from The Hill Times about the letter by deadline.

Ministers should have someone on top of this: NDP MP Blaikie 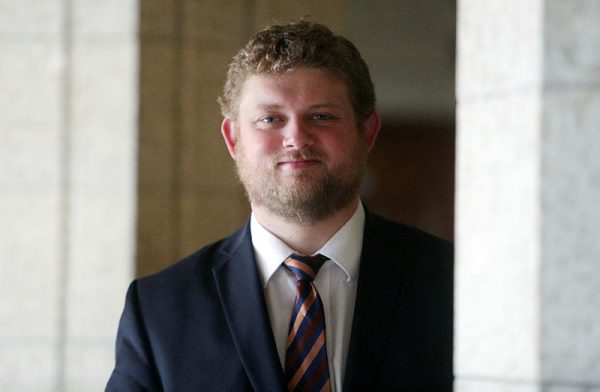 Normally the human resources and pay system are one and the same, as it’s difficult to have proper pay without proper scheduling, for instance. Treasury Board is currently in the process of developing the Next Generation HR and Pay system to replace Phoenix, while PSPC continues with efforts to ensure paycheques are accurate and on time.

In the shared-responsibility process, departmental human resources staff enter data about a change to an employee’s pay into the department’s HR system. If the department is serviced by the Miramichi pay centre, a pay adviser from PSPC enters additional data into Phoenix. The system then calculates pay, the department reviews the payment amount and authorizes PSPC to issue pay, which the employee receives as a paycheque.

However, Phoenix has particular problems processing retroactive payments, since that feature was removed from the scope of the project during its development due to budget constraints. This is why timeliness is so emphasized in Ms. Qualtrough’s letter.

“I don’t think anybody’s expecting that ministers are forwarding this information on themselves,” Mr. Blaikie said. “But they should have somebody in their department who’s on top of ensuring that that information gets where it needs to go in a timely way.”

“The prime minister has said that paying public servants is a priority for his Liberal government, and this letter, from the minister responsible, contradicts this,” he said. The nearly 500,000 active cases “are completely unacceptable. I think it’s an indication that this has not been a priority for the government.”

In her letter, Ms. Qualtrough said that “stabilizing the pay system is, and will remain, my top priority.”

To help support others, Ms. Qualtrough’s letter outlines that her department is unveiling a “business intelligence tool” that will provide direct access to data, and “can help identify issues with human resources activities and prioritize cases for processing.”

“All departments will have access by January 2019,” Ms. Qualtrough wrote, which will help departments with their pay data to identify where to improve. Additional benefits will emerge as departments are “fully engaged and can access the business intelligence environment,” the letter said, pointing to Agriculture Canada as an example where it has centralized its processes and HR to reduce the amount of manual changes that need to be made.

Mr. Blaikie said he was a bit put off by the idea of the “business intelligence tool,” as it suggests departments didn’t have access to that data all along.

How Phoenix turns HR data into paycheques, if serviced by the Miramichi pay centre

— Source: The auditor general’s fall 2017 report on the implementation of the Phoenix pay system